It is called the “Apple Store of weed,” and for good reason. SPARC is one of San Francisco’s premier cannabis boutiques, and I’m there conducting field research. I have a deep curiosity about the consumer attitudes and behaviors shaping this soon-to-be $11 billion industry, ……..

as effectively harnessing them can mean the difference between success and failure for many new pot-based startups—and wellness for millions of prescription drug users.

First and foremost, let me come out and say that I am a cannabis “patient,” as we are called. I have been using cannabis to control chronic pain for almost 15 years. I’ve spent time talking to medical professionals, touring cutting-edge R&D labs and grow facilities, testing products from tinctures to flowers and various edibles, and learning directly from experts about the latest cellular research and neurobiological approaches to helping control ailments including migraines, cancer, anxiety, Alzheimer’s, and post-traumatic stress.

Take the pain relief category, for instance. Did you know that Americans now consume more than 84% of the entire worldwide supply of oxycodoneand almost 100% of hydrocodone opioids? Some 1.9 million U.S. citizensare medically classified as “addicted” to prescription pain relievers, while 47,055 died from lethal prescription drug overdoses in 2014 alone. 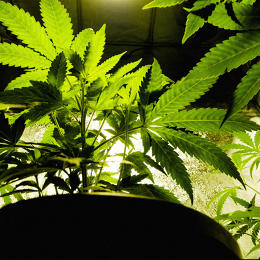 My personal experience with cannabis and the industry behind it has transformed me from a patient into a full-fledged advocate. In my view, cannabis is much more than a stoner’s pastime or a vice replacement for tobacco and alcohol (though it’s definitely those things, too). It is also a cause worth fighting for. Properly utilized, it serves a higher purpose in our society, potentially saving and improving millions of lives. And yet, as much as people love to bet on “green rush” hype, serious obstacles stand in the way of mainstream acceptance and adoption.

For one thing, the “gateway drug” stigma still exists, even though the latest scientific research proves that such a perception is wrong. Then there’s the anti-bud lobby, which is generously funded by pharmaceutical companies that sell opiates. Finally, there’s a lot of federal red tape tying up cannabis research and making legalization harder for states to achieve.

Indeed, the cannabis movement is fighting an incredibly high-stakes battle. So it’s up to the cannabis industry—growers, researchers, product developers, budtenders, store owners, campaigners, and patients like me—to break through resistance with a message that more people can personally relate to and rally behind.

It’s up to the cannabis industry to break through resistance with a message that more people can personally relate to and rally behind.

As a communications professional, I know that the success of any social issue campaign requires an intimate understanding of the target audience. So I can’t help but wonder: Who are the cannabis users that will tip the scales toward mainstream adoption and legalization? What prevailing attitudes drive their current decisions and loyalties? How passionately do they feel about cannabis as a cause, and how can we best activate them en masse?

These are the questions I need answers to. Hence, my field research.

The patient experience at SPARC is impressive. The space is occupied by elegant cases, warm lighting, and communal tables. They serve tea; they provide Storz & Bickel vaporizers. The environment feels clean, cozy, yet medically oriented. As I sat there inhaling the pungent atmosphere, I observed the steady flow of patients walking in and out, noting that the vast majority weren’t the stoner twentysomethings or the degenerates that GOP leaders portray in speeches, but working professionals over the age of 35. Several were in their sixties. Almost half were female; the majority shopped alone.

The tremendously knowledgeable and attentive budtenders had serious influence over what brands and products people bought, much more so than in the average pharmacy, coffeehouse, or neighborhood bar. And unlike with alcohol or prescription drugs, cannabis patients seem to want to experiment with a range of different treatment options, finding the combination that works best for them. Therefore, patients took their time and asked a lot of questions. Each transaction lasted approximately eight minutes, and in those eight minutes, patients were curious to learn and open to suggestions. Patients spent liberally, often walking out with a month’s supply.

It’s not a scientific study, but my field observations, backstage tours, and expert interviews lead me to the conclusion that much of the cannabis industry—in particular, the organizations and brands hoping to inspire mainstream support—need to take a different approach to building and promoting their cause. Much has been written about how cannabis is now a lifestyle, not just a substance, and should be marketed as such. In light of how important I believe cannabis is to public wellness and well-being, I’d take that ethos several steps further.

Here, in my view, are the keys to cutting past the stigma, countering the anti-legalization lobby, and making cannabis mainstream:

1: HARNESS THE POWER OF WOMEN

Women need cannabis more than any other group. They are the industry’s tipping point.

If you look more broadly at the consumer market, you will notice that women wield outsized influence. They are the world’s most powerful consumers, driving 70% to 80% of all purchasing decisions. Women also consume the vast majority of opiates sold today. They comprise the majority of the nation’s prescription drug addicts and are at a significantly greater danger for accidental overdose. Despite these facts, most cannabis brands skew masculine. Their packaging, brand names, and delivery mechanisms cater to the interests, preferences, and consumption patterns of white male users—”connoisseurs,” I’ve heard them called. Advocacy groups often make the same mistake, marketing primarily to male doctors. Knowing how to better reach and resonate with a female audience is integral to winning this war. Women need cannabis more than any other group. They are the industry’s tipping point.

2: ADDRESS AESTHETICS AS A PRIMARY CONCERN

Having interacted with many of the high-end products on the market today, I can tell you that aesthetics are not the primary focus.

Visual cues and user experience drive interest and consumer loyalty much more so than today’s cannabis brands seem to realize. Having interacted with many of the high-end products on the market today, I can tell you that aesthetics such as packaging, naming, and brand imagery are not the primary focus. Some of the most expensive flower products on the market have bewildering names such as “Cannatonic,” “Exodus,” and “Gorilla Glue,” while popular consumables look more like personal lubricants andhippy candy than premium medicine. It’s a mistake to believe that product quality will speak for itself in an industry flooded with quality choices. The right aesthetic cues can make a tremendous difference, both in terms of encouraging trial and changing public perceptions about the industry overall. More cannabis brands would do well to keep in mind what I said about women, lose the Jimi Hendrix references, and remember that we are trying to spark mass brand reconsideration here. Dress accordingly.

3: EDUCATE PEOPLE ABOUT WHY CANNABIS MATTERS

Why does the world need cannabis now more than ever? A shocking number of cannabis brands and organizations leave this story out of the communications equation, even though it is by far the most compelling reason why people should buy products and support the cause. It is a natural antioxidant, anti-inflammatory, and neuroprotective agent, which is why it helps treat such a wide range of ailments. More people need to know the facts, and thankfully some brands are helping to lead the charge in that arena. Alta California Botanicals and Care by Design both do an exceptional job of educating consumers about the medical uses and healing properties of cannabis. So if you’re in this space to make a difference, take a cue from these two companies and share your research and knowledge with the world.

Cannabis isn’t just an industry, it’s also a crusade, which is why using provocative content and storytelling is a mission-critical move. I am reminded of the filmmaker and environmental activist Shaun MacGillivray, who released a documentary he shot in the Arctic in 2012featuring a mother polar bear and her two cubs. Rather than regurgitating depressing facts and figures about climate change the way so many activist groups do, MacGillivray moved the audience to action. Over 25 million people saw MacGillivray’s film, including policy makers and world leaders. While you don’t have to produce a feature-length film or spend millions to make an impression, you do have to take a creative approach to connecting with people on an emotional level. Make them feel how important this issue is—not just to them, but to all humanity.

It is striking to consider how cannabis might be the next same sex marriage. Just look at how quickly it has evolved from an interesting topic of cocktail party conversation into the fastest-growing industry in America. Note how, all of a sudden, 58% of Americans support legalization, and howdeftly the issue is leveraged in the 2016 presidential race. At this point, it is difficult to imagine that any serious business or political leader hasn’t considered the implications, or at least spent time getting high on the possibilities.